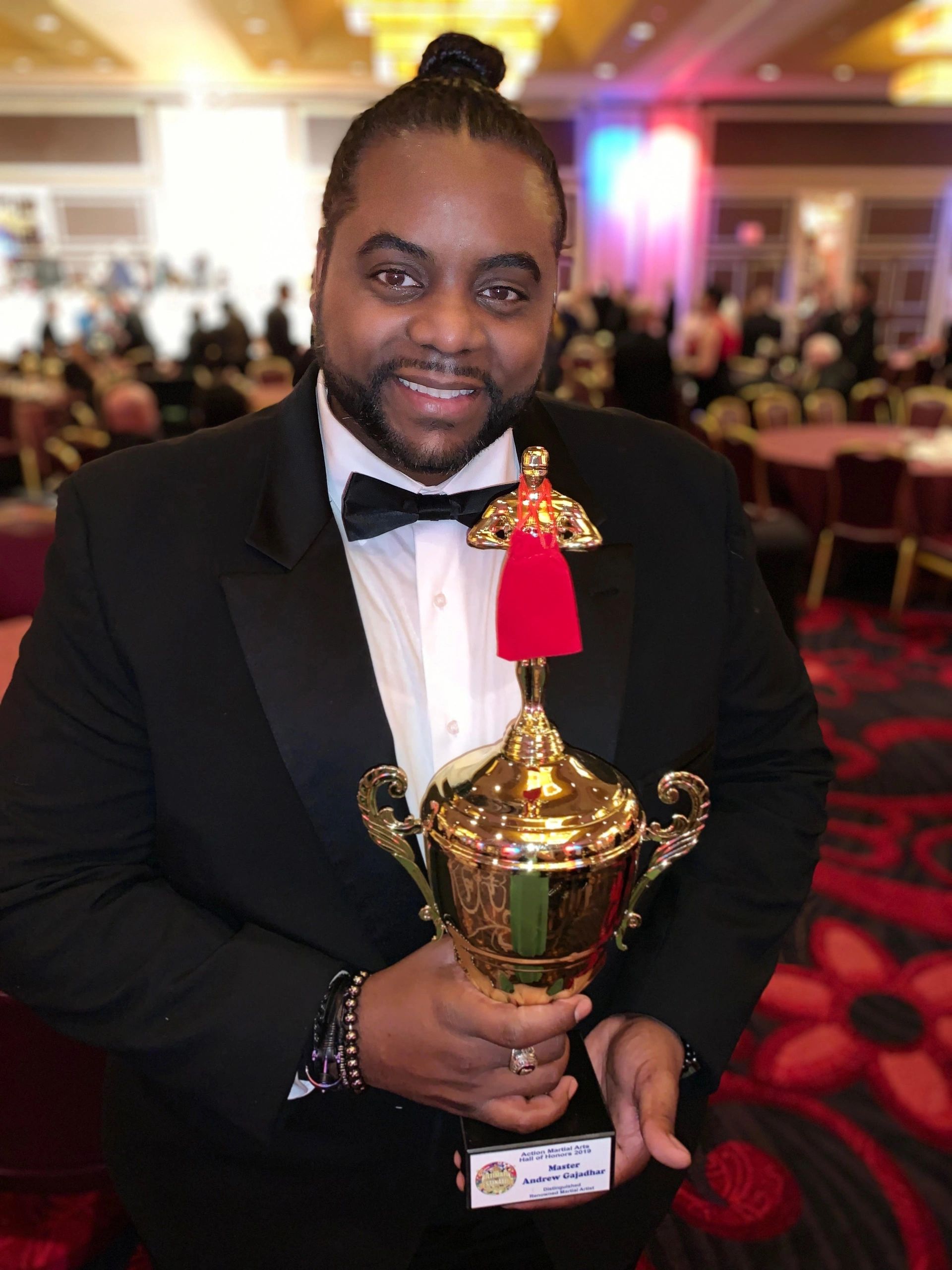 Master Andrew Gajadhar started to study multiple disciplines of Martial Science at a very young age. Between having backgrounds in Law Enforcement, Military, and competitive fighting, it would be destined for him to  have a vision of extracting valuable knowledge from learned martial science disciplines and combining it with real life experience from the military and law enforcement to create a new age applicable martial science discipline called American P.I.T. Fighting. Initially, the discipline was acknowledged by Sensei Lance Adams (Head of The South Carolina Combat Arts Alliance), then Master Gajadhar combined his knowledge and vision with his business partner, Master Christian Manganelli, to solidify the discipline to further be honored as its own entity on July 18, 2018 by Grandmaster Dr. Germon "Askari Mwalimu Jamala Maisha" Moriniere-Bey (Founding elder of the Akeru Legacy Council). Since 2013, American P.I.T. Fighting Academy has also been doing fight and stunt choreography for theatrical motion pictures, conducting multiple seminars, and training multiple sectors in the field of protection, safety, and education. In addition to rapid growth, both Master Gajadhar and Master Manganelli have also been inducted as life members and the Carolina Representatives of the World Sports Combat League and World Kickboxing League. Most recently, Master Gajadhar was inducted into the Action Martial Arts Magazine 2019 Hall of Honors in Atlantic City. It is the mission of these two veterans to continue to spread knowledge of martial science by way of establishing and maintaining the legacy of American P.I.T. Fighting for generations to come.

Andrew Gajadhar is a Producer, Writer, Director and Actor, known for What Matters (2018), Prelude to Infusco (2014), Shenanigans (2019), and Alienography (2019). Although his career started as a fight/tactical choreographer, Gajadhar used this opportunity to start his own film production company, Picture Media Group, with his two business partners, Faith Creech and Christian Manganelli. After just two years in business, not only did he already have several produced films under his belt, but he was able to start a nonprofit organization for the entire state of South Carolina, Carolina Film Network, with the help of his business partners and another colleague. At this time, Andrew was able to become the first ever accredited Producer with the Producers Guild of America registered with the South Carolina Film Commission. After receiving several awards and recognition for his outstanding contributions and films he's written, produced, and directed in South Carolina, to include eight nominations and three awards at the Rising Star Academy Awards in Philadelphia, PA (2018), Andrew and his business partners are in the process of building what will be the first major film studio ever in South Carolina. His mission and vision is to create his own "Hollywood" in South Carolina that will give opportunities for independent filmmakers to make their dreams a reality. "Why leave the place our dreams were created to 'make it' when we can make those dreams a reality right here?" -Andrew Gajadhar

Sign up to hear about new projects and events.